The wheel shrieked and I bucked over the handlebars, elbows-first into the concrete. With a groan, I peeled myself off the road, blossoming red patches on each arm stinging as street grime swept into road rash.

Thus began my love affair with the bicycle.

I was testing the "Grand Touring", a bike gifted by a friend that I had just finished, uh, "restoring" we'll say. Here's the before: 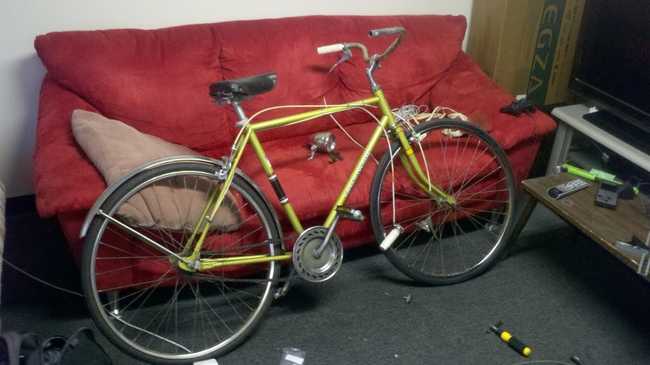 And my ill-advised "after": 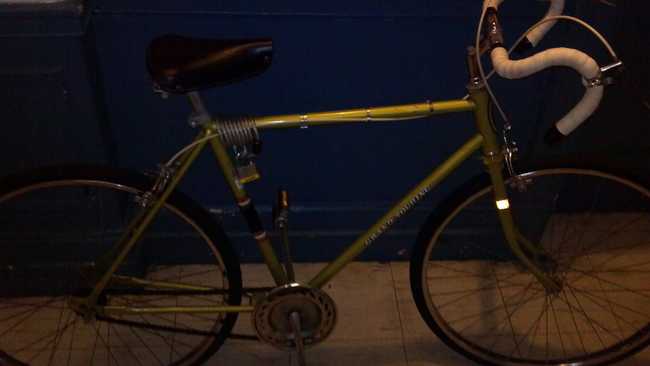 I'd swapped out the handle bars, which required new brake levers. I'd gotten the wrong type, naturally, and it turned out my adjustments were particularly effective at halting the front wheel. Eventually I loosened them enough that they would only warp and scream rather than adhering to the rim.

Together we traveled to Hoboken, NJ. Here the bike and I would start every day gliding along the riverfront to the subway station, banshee sounds emitting from my brakes at even the lightest touch, terrorizing fellow commuters. As my time there came to end so too did my time with the "Grand Touring", but my bike commuting days were only beginning.

Fast-forward about six months and I was starting at LunaMetrics, a digital marketing consultancy in Pittsburgh, PA. At the time, 33.3% of our office commuted by bike (okay, so 3 of 9 people), and they were very enthusiastic. After a month or two, I succumbed to peer pressure and headed over to Free Ride, where I put in enough hours* to earn/build this beauty: 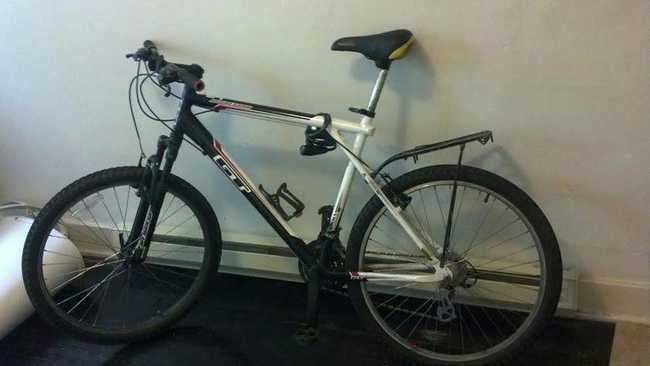 *Free Ride is an anarchist collective bicycle repair and sales shop where you can volunteer hours repairing bikes to earn a bike.

At first, I was afraid of riding around the city. I had no prior experience on real roads, much less roads filled with angry Pittsburgh drivers (who honk, yell, and otherwise take the fun out of everything). Thankfully, Pittsburgh has the amazing Three Rivers Heritage Trail system, a backbone running the length of the city along all three rivers. If you can safely get there from your start and destination, the rest is easy. 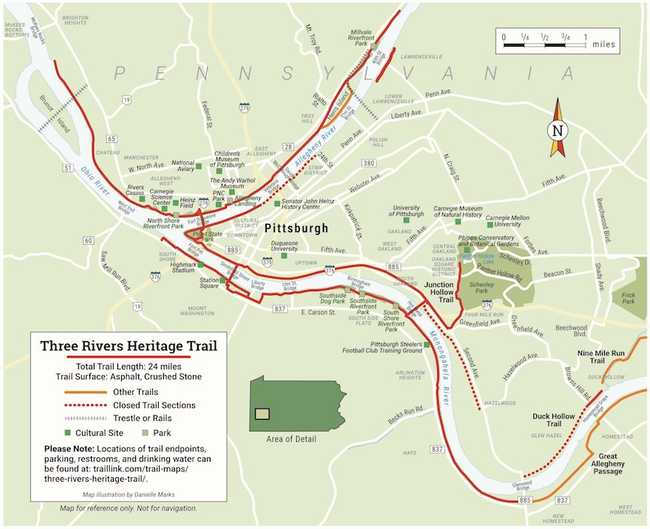 I plotted a route to get me from my place in Wilkinsburg to the office. I cut through Frick to Homewood Cemetary, crept along Aylesboro to Schenley Drive, rode that down into the park, then over the railroad tracks into Panther Hollow, ending up on the Eliza Furnace trail and crossing to the Three Rivers Trail at the Hot Metal Bridge. Importantly, I was off the roads as much as possible, which made me feel safe. This was a pretty expensive safety blanket, though, as it meant climbing both the hills in the Homewood Cemetary and Schenley Park Drive, and a total length of around 11 miles - it was pretty crazy for a first time commuter!

Amazingly, my commuting time stayed the same as by car - 30 minutes in the morning and 45 minutes at night. Instead of being stressed out at the Squirrel Hill tunnel, I was exercising and taking in Schenley Park.

I began commuting by bike nearly every day; it became crazy not to. Instead of getting to work groggy and getting home drained, I'd be alert in the morning and refreshed at night. I'd pause at the northern end of the Hot Metal bridge, take in the 360 degrees of traffic around me, and laugh at the hapless commuters bound in their crawling cars before zipping down the cement ramp towards the park.

Literally bumper-to-bumper in every direction for miles.

The pleasures of a biking commute are many. In the Park, I'd slow my pedalstroke down to a crawl, filling my lungs with the sweet taste of early March, bite of October, or murmuring heat of August. Each day started with a ear-cracking smile down Boundary Street, freewheel hissing like steel cicada, toes curling with double bird-flipping recklessness. Huffing up the cemetary roads, I became friendly with the tombstones and mausoleums, piped with delicate stonework and Egyptian motifs. One guy even had a twenty foot tall pyramid, the post-life equivalent of a Hummer. 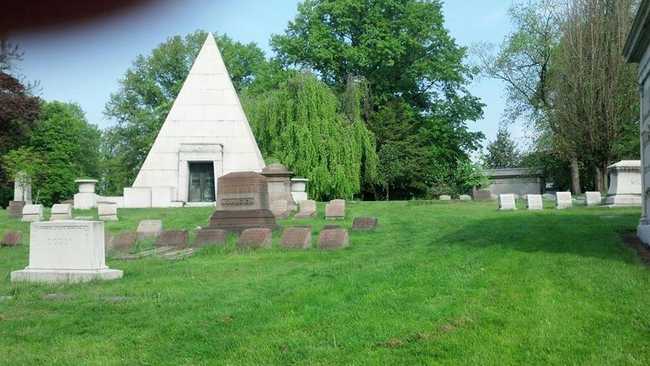 As time went on I added bolder flourishes to my route, becoming comfortable riding in traffic. Eventually my route became 100% on the road, cutting out most of the hills and instead taking me through Shadyside via Thomas Boulevard and Ellsworth Ave, then down Neville into the hollow.

My bike changed, too; I saved up enough hours at Free Ride to "buy" a Trek 320 frame, leaning on help from the other folks at Free Ride and YouTube videos to upgrade it with cheap STI shifters and better brakes, mount a bottom bracket and new wheels, and give it a rattle can paint job.

I found myself becoming more and more adventurous, participating in group rides, venturing out in negative windchill, biking in the snow, sleet, and rain, even riding my bike from my house to Washington, D.C. and Niagara Falls in Canada (fun fact: cyclists cross the border in the same lane as cars do). 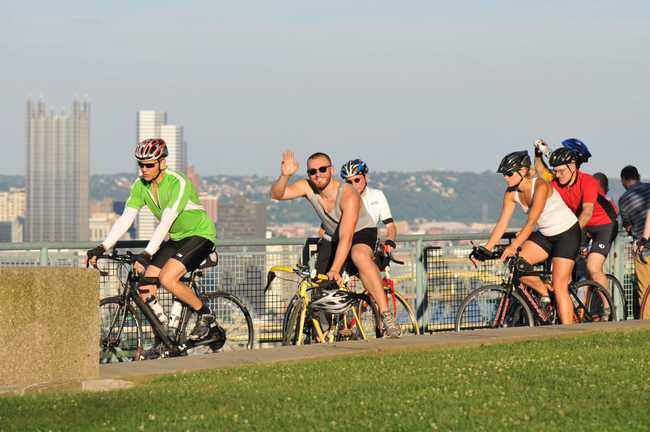 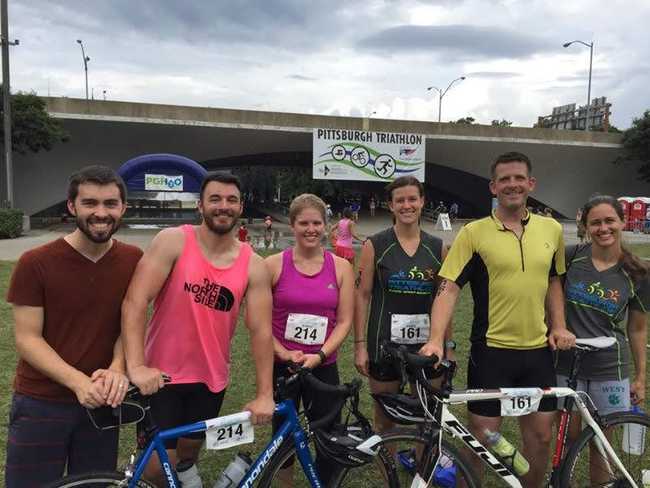 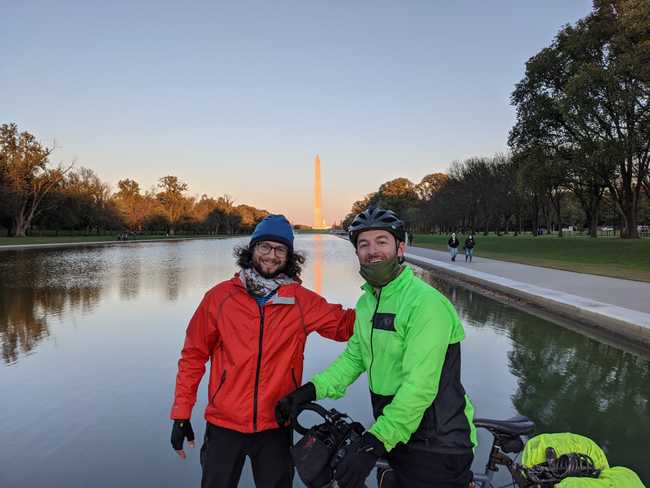 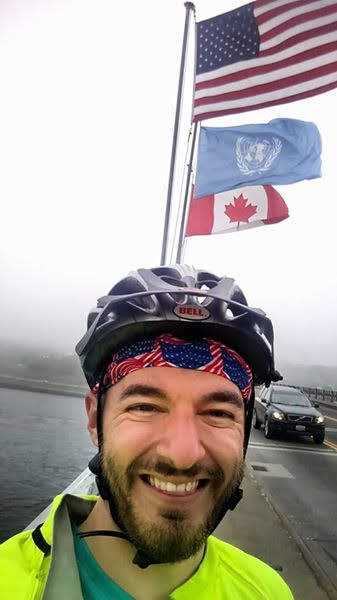 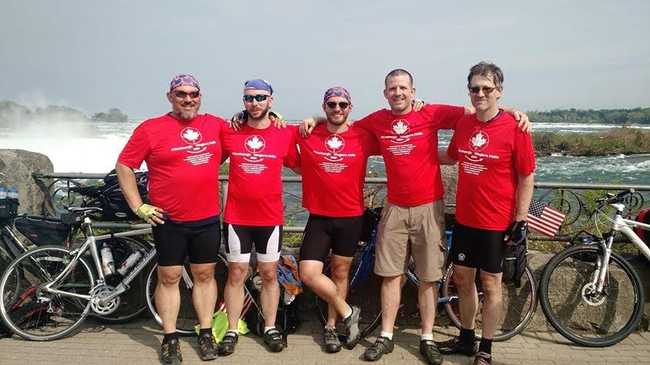 Shout out to Jim G., Sayf S., Phil A., and Greg W. for encouraging/goading me into ever-more adventurous cycling outings.

Sunny weekend mornings I'd pick a random spot on my framed copy of the Bike PGH trail map, do a little Google Street View reconnaisance, and off I'd go finding my way there. Old hangups became challenges - would I ride on Fifth Avenue? Sneak along the train tracks to Braddock? Face windchills stretching into the negatives? Bomb singletrack in Frick? Wheel around downtown at midnight? Each little test offered generous rewards. 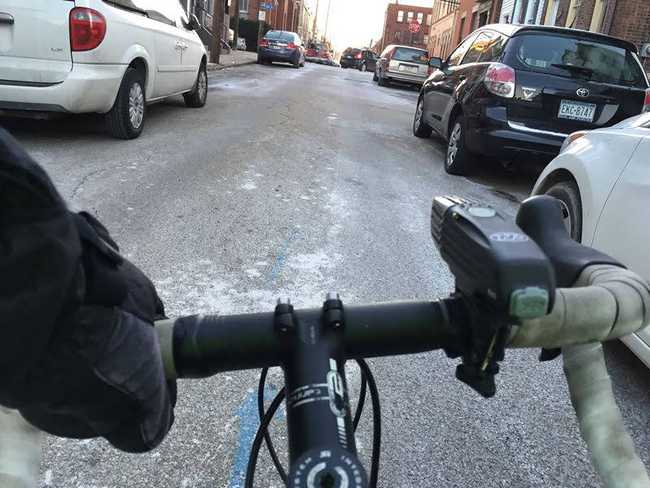 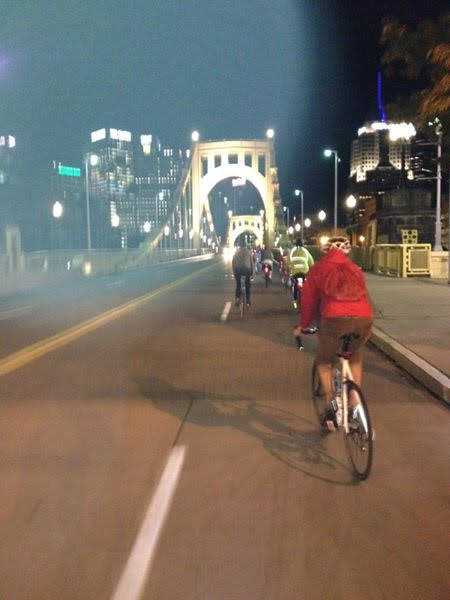 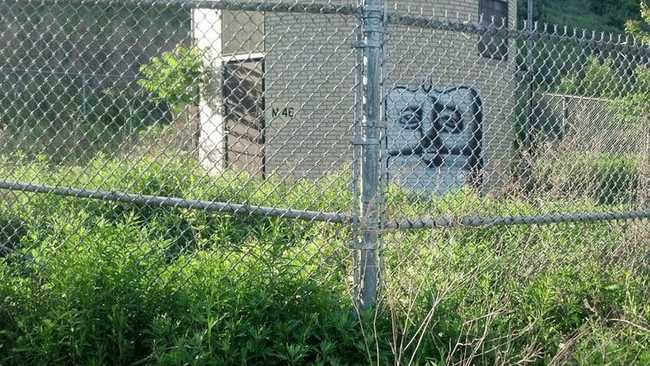 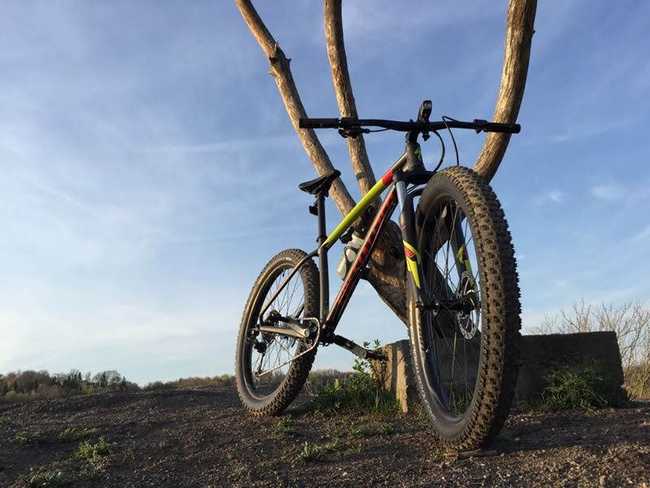 Biking became my default mode. Traveling, my first order of business is now renting a bike and scooting around. Boston, New York, San Francisco; there's no better way to get to know a place (or the people that live there) then atop a bicycle. 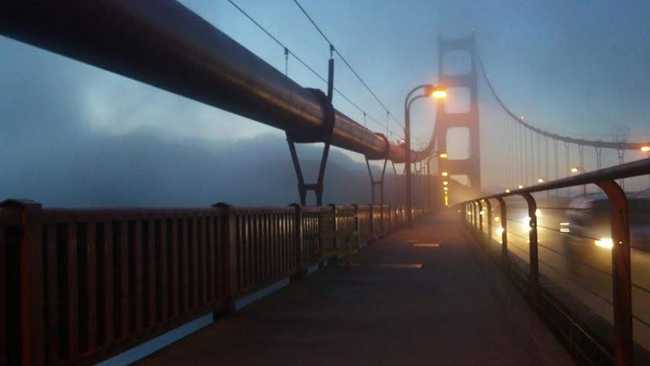 Once you've found yourself comfortable riding in the traffic, Pittsburgh becomes a biker's paradise. Small enough to get most anywhere in under half an hour, geared with scrappy bike infrastructure, and boasting an enthusiastic community of cyclists, it's a great place to be on a bike. The freedom you get is unmatched by any other form of transportation - parking is free and everywhere, you're never stuck in traffic, and you get nice views like this one to stop and take in: Throw your leg over the top tube on a mild spring morning, lope into the Strip District, tie up and let tides of sweet smoke and sour coffee smells pull you along; slingshot around the Point on a hot summer day, be baptised by spray of the fountain, soothed by the flat cold river air cutting thick heat; taste tangy tongues of espresso mixed with crisp fall air as you crawl from coffee shop to bakery to bistro; greet the welcoming silence of night pulling you to its breast as you click along deserted streets, well-lit gatherings of friends receding sepia into the darkness behind you; these are the delicacies cyclists enjoy.

Here's to the secret pleasures of taking in life on two wheels.